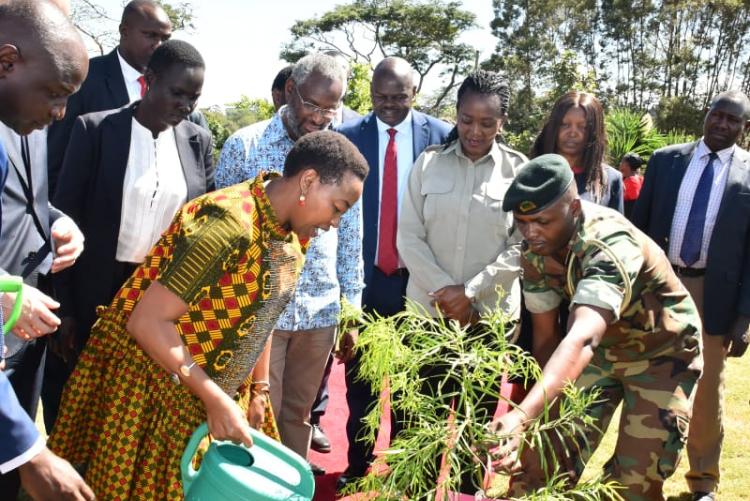 Climate change is one of the biggest threats facing humankind today and in this century. Climate change is the greatest challenge of our time.Kenya leads on adaptation globally because of the commitment that the country made in its constitution to decentralization.

The event was graced by H.E the First Lady of the Republic of Kenya Hon. Rachel Ruto who expressed pleasure to join and celebrate Kenya’s leadership on local adaptation action.  ‘’Globally, approximately 1billion people currently live in informal settlements that lack piped water, safe drinking water, adequate sanitation drainage and public services including mobility. H.E Rachel Ruto noted the horn of Africa region including Kenya is experiencing the worst drought in 40 years. Approximately 4.3 million Kenyans have been severely affected most of whom are women and children who suffer from food and water insecurity and livelihood loss. Kenya is not unique; climate events have been recorded globally with devastating impacts on people’s lives, natural resources and the physical infrastructure upon which they depend on’’. She said

The First lady noted due to drought many children have dropped out of school. She pledged the government to support supplementary school feeding program with emphasis on promoting food security and good nutrition as incentive for families to enroll and keep their children in school. This will relieve the parents the burden of budgeting for lunches which will boost their incomes and help reduce poverty’.

H.E Rachel Ruto also noted the government has been forced to relocate funds meant for education, health and other priority services as a result of climate change. Climate change is threatening our people’s lives, health and the social economic future of the country. She further applauded The Africa Adaptation Acceleration Program (AAAP) for their efforts in aiming to mobilize 25$ billion over five years to accelerate and scale climate adaptation action across the continent. ‘’This will fast track the implementation for climate smart digital technologies for agriculture and food security. The program has also identified empowerment for entrepreneurship’ and job creation in climate adaptation and resilience’’. The First Lady further Urged Kenyans to support the president’s efforts in increasing the forest cover in Kenya to address the devastating effects of climate change and desertification. The cabinet has already proved the national tree campaign, which aims to have planted 15 billion trees by 2032, which translates to 30% forest cover.

H.E Rachael Ruto also spoke on her organization ‘Mama Doing Good’. The organization operates on three strategic pillars namely women economic empowerment, environment and climate action and faith diplomacy to continue improving the lives and livelihoods of women in Kenya and around the world. I look forward to inspiring a woman led climate action that reduces vulnerability to climate related events and improve the adaptive capacity of society to climate shocks through green economy

The First Lady Concluded by thanking GCA, WMI UON  and African Development Bank (AfDB) for providing leadership to close adaptation gap by putting climate change adaptation and resilience at the center of their policies programs and institutions.

In her remarks, Cabinet Secretary (CS) for the Environment and Forestry Hon. Soipan Tuya, said ‘’it is very encouraging to see our youth in the forefront of Adaptation efforts solutions. . She emphasized on the need to ACT fast and act together. Kenya has put down a framework for Adaptation efforts in the communities. We must step up our actions in a collective manner. Adaptation can generate benefits. Climate risks will continue to escalate. Adaptation remains crucial for Africa Survival. We need to act fast and act together. Adaptations remains extremely crucial. Feasible solutions already exist but more financial effort must be channeled to reach the vulnerable communities and the climate adaptation policies have to beyond planning into implementation she also emphasized on the need to chart a resilient pathway to minimize iniquity, conflicts and development challenges that may constraint community’s ability to adapt to the impacts of climate change. ‘The window of opportunity for action is rapidly closing and science has made it clear there is no alternative but to act fast and act together. Kenya has demonstrated its leadership and commitment by putting in place coordinated structures and instruments that have amplified the profile of adaptation at the local level’’

The CS noted the Ministry for Environment and Forestry has collaborated with UON in restoring the ngong hills ecosystem in the run up to planting 15 billion trees by 2032. Uon has adopted 500 acres and H.E First Lady Rachel Ruto has adopted 200hectares of the kakamega forest for restoration. ‘Let us rally to planting trees during our birthdays because indeed trees are life giving’

She urged Kenyans as we enter the Christmas festivities not to cut down a Christmas tree or use the plastic ones instead to plant live one; ‘’let us plant live trees starting from this Christmas as our contributing to the globe in enhancing our carbon sinks’’. Hon Soipan concluded

Professor Patrick Verkooijen, CEO of the Global Center on Adaptation and Distinguished Chair of the Wangari Maathai Institute gave a resounding opening statement. ‘’Africa is ground zero of the climate crisis  Africa and it is a crisis that strikes at the beating hearts  our communities; the women and girls are the most vulnerable. The real story of climate change in Africa is not of disaster and despair but of resilience, of solidarity of resilience towards a more safe and resilient Africa. The time for strengthening adaptation in the African continent is now. Adaptation is unstoppable; Africa is unstoppable It was here in Kenya that I saw people mobilizing to respond to the climate emergency and turned the climate crisis to a business opportunity’’. He also applauded President Ruto for putting the climate crisis at the heart of Kenya’s growth agenda.  He urged the audience to take inspiration from the actions of H.E the First Lady to restore 200 hectares of forests and for women to be at the center of the fight against climate change. He further noted GCA and wangari maathai institute would walk the talk to make this transition to a climate resilience society swiftly and boldly. ‘The only solution is to think big and act fast at scale’. Prof Verkooijen concluded by talking briefly on AAAP. He said ‘It  is the world’s largest adaptation investment program in Africa It is an impact program to speed up to scale up adaptation for those living in the frontlines Africa and the world can learn from the innovation and excellence that is evident in Kenya’’.

The representative for African Development Bank (AfDB) made remarks on behalf of the Director General East Africa Region –Nnenna Nwabufo. He said ‘’climate change impacts are posing a significant threat to sustainable development in Kenya and the continent at large. Kenya is particularly vulnerable to the impacts of climate change due to her dependence on climate sensitive sectors such as agriculture, water and forestry and energy. Therefore investing in adaptation action and resilience building is crucial to enable the country to continue to achieve sustainable growth and development despite changes in climate conditions, which have adverse effects on economy, infrastructure the environment and livelihoods of the population.

The Government of Kenya has prioritized adaptation interventions in its nationally determined contributions however financing for adaptation action in the country remains low. A report by the climate policy initiative published in 2021 for the period 2017-2018 shows only 12% of climate finance went to adaptation action while 79% went to mitigation activities. This is despite the country’s great and urgent need for interventions that promote resilience against climate change impacts such as droughts, floods erratic rainfall patterns, crop pests and diseases’’.

The AfDB bank is inspired by the commitments and actions being demonstrated by the country’s leadership in accelerating and scaling of climate action to address the country’s most pressing needs and vulnerabilities. With this continued trajectory, Kenya will effectively adapt to the impacts of climate change. The bank has been supporting Kenya in building a reliable climate prof water supply and sanitation infrastructure that has improved the quality of life for the population through access to clean water for domestic use, industries and irrigation’’.

In his welcome remarks, the Vice Chancellor Prof. Kiama acknowledged H.E The First Lady of the Republic of Kenya Rachael Ruto for the honor of gracing the occasion. Prof Kiama noted the late Wangari Maathai was very fond of environment and so is the First Lady who is also a champion for environment. The VC spoke passionately on Wangari Maathai who was the first distinguished chair of WMI.  He said ‘’Wangari Mathai was very keen on issues of environment and she did it initially without any position and she was eventually able to meet world leaders as a champion on matters environmental governance’’. Prof. Kiama concluded with a take way message ‘’wherever you are the world is looking up to you to contain issues on climate change and to offer leadership. To deal with this we require the next generation, the young people and collaboration with governments, universities, GCA and all other collaborators because this is not a problem that can be solved by one person’’.

The Program Lead, Jobs for Youth and Entrepreneurship, GCA, Aramide Abe gave emphasis on the core strategic mandates of GCA, which is to create sustainable jobs in climate adaptation by promoting youth entrepreneurship with a specific focus on women owned, and led businesses by supporting climate adaptation innovations in both ideation and growth stage to scale up.

In 2021, GCA under The Africa Adaptation Acceleration Program (AAAP) and The African Development Bank (AfDb) launched the ‘African youth adaptation solutions challenge’ a competition to support and promote youth led enterprises in adaptation and to scale innovative business solutions. To date 35 youth led enterprises from over 20 African countries have been awarded five of whom are Kenyans.   Youth adapt winners in Kenya  include Erick Bosire of irri- hub, Carolyne Mwangi of kimplanter seedlings  and nurseries and Maryanne Gichanga of Agritech analytics. These businesses created drought resilient seedlings and designed climate smart irrigation. Aramide Abe shared some milestones achieved by the winning projects, which include increased job creation, improved governance, and processes the businesses, trained and impacted thousands of smallholder farmers, doubling of revenues and some of the businesses have been able to raise additional funding in form of equity and grants.

The National Environment Management Authority (NEMA) displayed a model they have used under the adaptation fund program implementation process- ‘the adaptation villages concept’ this is an amplified locally LED solution that is targeting the most vulnerable villages who have not been reached by any other form of support. It is a water-provisioning infrastructure.

The occasion also saw the launch of Kenyan youth led solutions Locally Led Planning: A Guide for Building Climate Resilience in Urban Informal Settlements  case study of Mukuru informal settlement- This innovation has been described as the most exciting development in urban spaces in Africa. This is a milestone that celebrates the work of communities and government to implement a locally LED peoples plan for building climate resilience to seek solutions and face challenges together. 60% of urban Africans live in informal settlements. Mukuru one of the largest informal settlements in Kenya is vulnerable to climate change due to its environmentally fragile location, high levels of poverty and political and institutional marginalization. This leads to the absence of risk reducing infrastructure

The mukuru approach has taught us that improving climate resilience in informal settlements requires the urgent coordination of several key strategies; meaningful engagements of all residents to make planning decisions, partnership between government and residents, civil societies and academia, rethinking conventional planning approaches and legislation to confront the vulnerabilities and resource scarcity in the informal settlements

END_OF_DOCUMENT_TOKEN_TO_BE_REPLACED 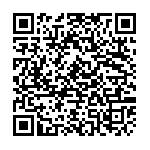