Professor Wangari Muta Maathai was born to Muta Njugi and his wife Wanjiru Muta in Nyeri, Kenya on 1st April 1940. The first indigenous woman in East and Central Africa to earn a doctorate degree, Professor Maathai started school in 1948 at Ihithe Primary School. She sat for the Kenya Primary Examination in 1951 and scored Grade One. She then proceeded to Mathari Intermediate School and did the Kenya African Preliminary Examination (KAPE) in 1955 and obtained Division One. Her sterling performance earned her a place in Loreto High School, Limuru, where she sat for the Cambridge School Certificate in 1959 and passed with 1st Division. She received a prize at Loreto High School for being first in all subjects during the four years of High School. The young Wangari was awarded a scholarship to study at Mount St. Scholastica College Atchison, Kansas, the United States of America where she obtained a Bachelor of Science in biology in 1964. Upon graduation, she enrolled for further studies at the University of Pittsburgh, the United States of America where she graduated with a Degree in Master of Science in Biological Sciences in 1965. Her thesis entitled “Developmental and Cytological Study of the Pineal Body of Coturnix coturnix japonica” was judged “excellent” by the examining board.

Prof Maathai has scored many firsts, and though her entire life sparkles with them, there are many that, for long, never appreciated the glitter. But when she was awarded the prestigious Nobel Peace Prize (2004), becoming the first African woman and the ninth African to be so honoured, the entire world had to sit up and take notice. Besides being an accomplished scholar, Professor Wangari Muta Maathai has made her mark as an uncompromising environmental conservationist, an ardent human rights crusader, a tireless Non-governmental Organization net-worker, a champion for democracy as well as a principled politician. She has emerged as a leader who thinks globally but acts locally and one that knows the way, shows the way and goes the way. Professor Maathai has also reasserted the place of Kenya on the global map and secured our pride as a nation. The University of Nairobi is indeed privileged to identify with such a high-flying achiever.

Other academic appointments include: Endowed Chair in Gender & Women's Studies named "Fuller-Maathai", Connecticut College (2000); Montgomery Fellow, Dartmouth College, USA (2001); and Dorothy McCluskey Visiting Fellow for Conservation, Faculty of the School of Environmental Studies, Yale University, USA (2002). She has also participated in several international symposiums and conferences, the most notable being the Third International Symposium on teaching of Morphological Science, Tel Aviv, Israel (1977), the World Conference on Faith Sciences & Future (1979) and the United Nations Conference on Decade for Women (1980).

Since she founded it in 1977, the Green Belt Movement has been synonymous with Professor Maathai. For close to three decades the Green Belt movement has been her way of life. Her clarity of vision, unflagging determination and lobbying skills transformed a good idea of planting trees using ordinary people into a formidable movement. To her credit too is her unique skill of effectively combining and balancing science, social commitment and politics to protect the environment. Green Belt Movement focused mainly on organizing, inspiring and mobilizing women's groups to plant trees to conserve the environment and in the process empower themselves by improving their quality of life. Through the Green Belt Movement, Professor Wangari Maathai has helped women plant more than 30 million trees on their farms and in school and church compounds across Kenya.

Encouraged by the success of its initiatives in Kenya, the Green Belt Movement established a Pan-African Green Belt Network in 1986. Over the years, many people from African countries have warmly received the Green Belt Movement’s community empowerment and conservation approach. To date, initiatives have been successfully launched in Tanzania, Uganda, Malawi, Lesotho, Ethiopia and Zimbabwe, among others. We have all witnessed how deforestation and loss of vegetation cover have led to desertification in Africa and threatened many other regions of the world. Protecting forests against desertification is a vital factor in the struggle to salvage the living environment of this planet. Professor Maathai has invested her life in the fight to promote ecologically viable social, economic and cultural development in Kenya and in Africa. She has been rooting for sustainable development that embraces Environmental conservation, democracy and human rights.

Professor Wangari Maathai is internationally recognized for her unwavering struggle for democracy, human rights and environmental conservation. She has addressed the United Nations on several occasions, and has spoken on behalf of women at special sessions of the General Assembly during the five-year review of the Earth Summit. Professor Maathai serves on the boards of organizations including World Learning for International Development, Green Cross International, Worldwide Network of Women in Environmental Work, Democracy Coalition Project, Global Crop Diversity Trust and Prince Albert II of Monaco Foundation. She also serves as patron to three global campaigns: Congo Basin Forest Fund, Billion Tree Campaign and Mottainai Campaign in Japan. From 2005-2008, Maathai served as the Presiding Officer of the Economic, Social and Cultural Council (ECOSOCC) of the African Union based in Addis Ababa, Ethiopia. ECOSOCC was formed to advise the African Union on issues related to African civil society. Professor Maathai was honoured with an appointment as Goodwill Ambassador to the Congo Basin Forest Ecosystem, and was later named co-chair of the Congo Basin Forest Fund, where she serves in an advocacy role for the region's conservation and protection. In September 1998, she launched a campaign that stemmed from the Jubilee 2000 Coalition. She played a leading global role as Co-Chair of the Jubilee 2000 Africa Campaign, which advocates for the cancellation of the backlogged, non-repayable debts of poor African countries. Her campaign against land grabbing and the allocation of forestland has received much attention both in Kenya and abroad. One of her most memorable undertakings is the struggle to save Uhuru Park in 1980s and Karura Forest in 1990s. Professor Maathai clearly demonstrated her resolve to protect our environment at all costs - including paying with her own life. That kind of sacrifice reflects a lot of courage, faith in her mission, patriotism and love for mankind.

Besides founding and coordinating the Green Belt Movement, Professor Wangari Maathai has been playing crucial roles in a host of other organizations. She was active in the National Council of Women of Kenya (NCWK) from 1976 to 1987 and was its chairperson from 1981 to 1987. In 1985 she co-founded GROOTS International (Grassroots Organizations Operating Together in Sisterhood). She also served as a director of the Kenya Red Cross (1973-80). Professor Maathai is also serving as a member of several local and international boards, namely: United Nations Advisory Board on Disarmament, USA; Millennium Development Goals (MDG) Advocacy Group, United Nations Commission on Global Governance, USA; Advisory Board, Democracy Coalition Project, USA, Earth Charter Commission, USA; Selection Committee, Sasakawa Environmental Prize; United Nations Environmental Program, Kenya; Women and Environment Development Organization (WEDO), USA; World Learning for International Development, USA; Green Cross International; Environment Liaison Center International, Kenya; The WorldWIDE Network of Women in Environmental Work, USA; National Council of Women of Kenya, Kenya. On March 28, 2005, she was elected the first president of the African Union's Economic, Social and Cultural Council and was appointed a goodwill ambassador for an initiative aimed at protecting the Congo Basin Forest Ecosystem. In 2006 she was one of the eight flag bearers at the 2006 Winter Olympics Opening Ceremony. Also on May 21, 2006, she was awarded an honorary doctorate by and gave the commencement address at Connecticut College. She supported the International Year of Deserts and Desertification program. In November 2006, she spearheaded the United Nations Billion Tree Campaign. Maathai was one of the founders of The Nobel Women's Initiative along with sister Nobel Peace laureates Jody Williams, Shirin Ebadi, Rigoberta Menchu Tum, Betty Williams and Mairead Corrigan Maguire. Six women representing North America and South America, Europe, the Middle East and Africa decided to bring together their experiences in a united effort for peace with justice and equality. Professor Maathai was listed 6th in the Environment Agency (UK) peer review of the world’s Top 100 Eco-Heroes. She was also included in UNEP's Global 500 Hall of Fame and named one of the 100 heroines of the world. In June 1997, Professor Maathai was elected by Earth Times as one of 100 persons in the World who have made a difference in the environmental arena. In 2005, Professor Maathai was honoured by Time Magazine as one of 100 most influential people in the world, and by Forbes Magazine as one of 100 most powerful women in the world.

Professor Maathai is the author of four (4) books: “The Green Belt Movement”: Sharing the Approach and the Experience (2004); “The challenge for Africa” (2009autobiography entitled “Unbowed” (2006) Replenishing the earth: Spiritual values for healing ourselves and the world (2010). Further, the Green Belt Movement and Professor Maathai are featured in several publications including: Speak Truth to Power (Kerry Kennedy Cuomo, 2000), Women Pioneers for the Environment (Mary Joy Breton, 1998), Hope's Edge: The Next Diet for a Small Planet (Frances Moore Lappe and Anna Lappe, 2002) and Women Pioneers for the Environment (Mary Joy Breton, 1998).

In December 2002, Professor Maathai was elected to Kenya's parliament with an overwhelming 98 percent of the vote. She represented the Tetu Constituency in Nyeri District. Subsequently, in January 2003, President Mwai Kibaki appointed her Assistant Minister for Environment and Natural Resources in Kenya's ninth parliament. In 2010 the University of Nairobi appointed her the Founder distinguished Chair, Wangari Maathai Institute for Peace and Environmental Studies, a position she served until she passed away in September 2011.

END_OF_DOCUMENT_TOKEN_TO_BE_REPLACED 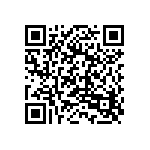